Meet Blue, one of nine blue whales that perished in thick sea ice off the coast of Newfoundland in 2014. Two of these whales washed ashore, and the ROM team salvaged the body that landed at Trout River. After years of preparation, Blue’s skeleton is now part of an amazing exhibition all about the biology, history, and conservation of whales. After a great video introduction to Trout River, and stories about how the ROM collected such a massive specimen, we’re treated to a dramatic view of Blue’s real skeleton. In the background, huge video projections of living blue whales swim by. END_OF_DOCUMENT_TOKEN_TO_BE_REPLACED

Hello blog friends! Today I’m excited to announce an exciting new project with Tom Holtz and Lindsay Zanno that we want YOU to be part of! We’re editing a new edition of the excellent pop sci book The Complete Dinosaur, published by Indiana University Press. Like the previous two editions, this book will feature the latest and greatest in dinosaur palaeontology in a format that should be accessible to nonspecialists. This time around, we’re seeking input from future readers on what you would really love to know about dinosaurs! We’re bringing a little bit of citizen science and crowdsourcing to this edition, and we hope you’ll join us in making this one of the most exciting dinosaur books out there.

Ooh yeah, a fancy car! This post doesn’t have dinosaurs in it, sorry! 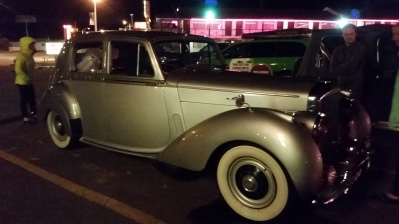 END_OF_DOCUMENT_TOKEN_TO_BE_REPLACED

Well folks, you get two mini-interviews back to back this week! My friend and colleague Tetsuto Miyashita is a Masters student at the University of Alberta and recently published a new paper on a very interesting specimen of the tyrannosaurid dinosaur Daspletosaurus: END_OF_DOCUMENT_TOKEN_TO_BE_REPLACED

A few weeks ago my friend and colleague Scott Persons published his first ever paper, detailing the results of the first phase of his Masters research at the University of Alberta. The paper received a fair amount of media and blog attention, but I demand attention as well, so here is a mini-interview with Scott  about the paper. END_OF_DOCUMENT_TOKEN_TO_BE_REPLACED

Today my supervisor Dr. Philip Currie and his research associate and wife Dr. Eva Koppelhus embark on a two-month expedition to Antarctica as part of the larger Transantarctic Vertebrate Paleontology Project. And just what the heck are they looking for all the way down there? 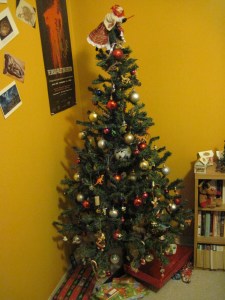 But what’s that lurking in the plastic foliage? END_OF_DOCUMENT_TOKEN_TO_BE_REPLACED

I’m happy to announce the publication of another new Korean dinosaur, Koreaceratops, by my friends and colleagues Yuong-Nam Lee, Michael Ryan, and Yoshi Kobayashi.

This little fellow was actually discovered very close to where I spent much of my summer this year, at Jeongok Harbour in Hwaseong-si (somewhat close to Jebu-do). Koreaceratops is diagnosed by some features of the ankle as well as the tall, deep tail. It’s a beautiful specimen even though it lacks a skull – here’s hoping that a head is found sometime!
END_OF_DOCUMENT_TOKEN_TO_BE_REPLACED

I was in Mongolia when this story originally appeared in the news, but I like it too much to not mention it here on the blog.

Last August, Edmonton city construction workers were digging a new sewer tunnel when they discovered dinosaur bones! My fellow ankylosaur worker Mike Burns, and Don Brinkman from the Royal Tyrrell Museum helped out at the site for about two weeks, excavating bits and pieces of Edmontosaurus and Albertosaurus. In particular, some awfully nice Albertosaurus teeth were found.

Image from the Edmonton Sun.

Mike has mentioned that it was a lot of fun to get lowered down into the tunnel each day. I suspect this was quite an unusual excavation experience – we don’t usually work deep underground when digging up dinosaurs!

Overall, the material looks quite similar to a bonebed we’ve been excavating in the south of Edmonton for the last several years – dark black shales, and dark black bones. There’s a good chance there’s dinosaurs underneath us everywhere in Edmonton, but they’re covered up by trees and roads and buildings and such.

Recent update in the Edmonton Sun.

Original articles at the National Post and CBC News.

A nice slideshow can be seen at the Edmonton Sun.

And there’s a short video about the find at the Toronto Star.

The CBC did a nice interview with Phil about the Albertosaurus Bonebed on the radio show Quirks and Quarks. You can download an mp3 of the episode here.