There. I said it. I liked Dinosaur Revolution.

I was pretty sure I’d be hooked from the moment I saw the trailer and saw this recreated with Cryolophosaurus. Hot dang, the raging dino fanboy in me loves me some Charles Knight.

I have been following with great interest the various perspectives on Dinosaur Revolution at palaeoblogs around the net – see Love in the Time of Chasmosaurs, Dinosaur Tracking, and a whole slew of posts over on Art Evolved. As with any dino documentary (and probably ALL documentaries, regardless of subject matter), there are inaccuracies to point out. However, I was surprised by strong backlash Dinosaur Revolution has seemed to receive around the palaeo blogosphere. I’ve only caught the first two episodes so far, but I’m looking forward to seeing the next two. 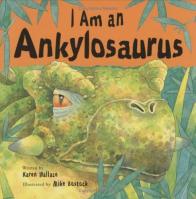 I view Dinosaur Revolution as kind of like an animated children’s storybook about dinosaurs – something like the A Day in the Life of… series, which has a story followed by a discussion of the scientific research behind the story. Would we criticize a children’s storybook for using narrative and some anthropomorphism to get the story across? Or how about, would we criticize it based on its art style – cartoons get a pass (the I Am A… series), but more photorealistic portrayals don’t?

I think the show does a pretty good job of getting some science across within the context of what the show is supposed to be. The short interstitials with the palaeontologists provide a bit of context for some of the ideas being presented, there’s footage of fossils and fieldwork, and there’s even AN EXPERIMENT! at the end of The Watering Hole. I agree with many reviews that the second episode was the stronger of the first two, and that the first episode was somewhat uneven. I didn’t love every part of Dinosaur Revolution, but I liked more than I disliked. I disliked Gigantoraptor’s crazy inflatable wattle, but not because it was crazy – I disliked it because it took away from the potentially more interesting story about display feathers in oviraptorosaurs. I disliked Saurosuchus not eating the Eoraptor that it bit and threw away, because that was crazy. But I liked a lot of the (I guess) controversial bits – the Looney Tunes homages, the therapsid getting thrown into the Saurosuchus’ mouth, the Glacialisaurus hacking up a wad of sap. Those things were funny, and I think in the context of this particular program that the humour worked well and was ok.

And seriously, how cool is it to have the Ischigualasto, the Hanson, and the Iren Dabasu formations all in one episode? Have we ever seen Eoraptor, Glacialisaurus, or Gigantoraptor on TV before? I hope that the portrayal of all these marvelous dinosaurs inspires people to head to Wikipedia and learn more.

So I’m wondering – a lot of the controversial things in Dinosaur Revolution seem, well, cool to me. And I think it’s ok to be cool. And I think that Dinosaur Revolution was marketed to be cool, and to be more storybook, less documentary sensu stricto. They advertised it at Comic Con! How often do dino documentaries get advertised at geek conventions?

That Tyrannosaurus has a skull for a face, and that is cool. He’s like Ghost Rider!

So I liked Dinosaur Revolution, and I think it’s a shame more people didn’t. Perhaps context is everything. Perhaps the biggest problem is that even though the marketing indicated this was not a typical documentary, airing this on the Discovery and Science Channels was just the wrong context.

4 thoughts on “I’m a Palaeontologist, and I liked Dinosaur Revolution.”