I was pleased to see a recent paper naming a new sauropod from Chile – Atacamatitan chilensis Kellner, Rubilar-Rogers, Vargas and Suarez 2011. Why am I interested in Chilean dinosaurs? 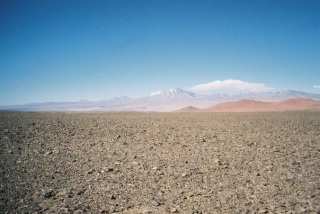 Because I got to go there!

The Earth Sciences Department at Dalhousie University, where I did my undergrad, is very special. At the beginning of your fourth year of study, you attend the Honours Field School (ERTH 4000), which is held in a different and distant location each year. In 2005, we went to Chile!

In some years the topic of the field school is quite focused – for example, in 2006 the field school was held in Italy and focused on volcanic and igneous rocks (it looks like it was fun, too). However, knowing that the interests of my particular graduating class were quite diverse, our field school organizers Dr. Marcos Zentilli and Dr. Grant Wach arranged our trip to reflect those diverse interests. We visited the Chuquicamata open pit copper mine, visited amazing outcrops of orbicular granite, learned about petroleum in southern Chile, went underground in a gold mine, offroaded in the Atacama looking at nitrate deposits, and in general covered a lot of ground. In a little over two weeks, we drove all the way from Santiago (the capital) up to San Pedro de Atacama and Antofogasta, with diversions up into the Andes – a round-trip of about 5000 km.

Knowing that I was super into dinosaurs, Dr. Zentilli also managed to work in some palaeontology into our trip. Boy, those folks were good to me at Dalhousie. After a long and somewhat harrowing drive along tightly winding roads in a rather large tour bus, we made it to Pichasca Natural Monument, where bones of cf. Antarctosaurus (a sauropod) have been found.

I will forever regret not having a scale of some sort in this picture. Nevertheless, these are tremendously large bones. Please pardon the upside-down vertebra. 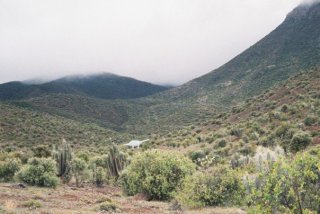 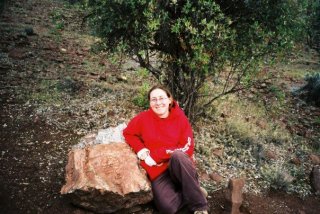 There were also lots of very large petrified trees!

Atacamatitan is known from fairly fragmentary remains (parts of a femur and humerus, dorsal and caudal vertebrae, and ribs), but is one of the most complete dinosaurs recovered from Chile. It was found near the northern city of Antofogasta (which hosts a very nice natural history museum at the Universidad Catolica del Norte), in the Upper Cretaceous Tolar Formation. I am sure more dinosaurs await discovery in the vast expanse of the Atacama.

2 thoughts on “Atacamatitan, a Chilean sauropod.”